“Lockdown” is not a new experience for me.

I was born in Birmingham in 1947, the first year of the major UK polio epidemic, which continued in the UK until the late 1950s. “Lockdown” is not a new experience for me.

In the first half of the 20th century, polio was one of the most feared diseases in industrialized countries, paralysing hundreds of thousands of children worldwide every year. I was under strict instructions from my mother when I started school in 1953 to walk the short distance to school and then return home. Through 1954 and 1955 I remained under her “lockdown” conditions. Dr Jonas Salk, who produced the first internationally recognised and widely used polio vaccine, visited the UK in 1955 and my mother took a great interest in this event. I was vaccinated in 1956 and my freedom began!

In 1957 there was a major outbreak of poliomyelitis in Coventry. I thoroughly recommend anyone reading this blog to take a few minutes to read Gareth Millwards’ article in Contemporary British History, July 2017. The article is entitled “A matter of common sense Coventry poliomyelitis epidemic 1957 and the British public”. You will see that we frequently fail to learn from history and that the actions of the national press, medical experts and politicians, plus the debates over policy at both local and national level are similar to those that we are experiencing in the current COVID-19 pandemic.

So why would I begin this article mentioning my childhood experience of the polio epidemic? Well, unfortunately, there remain many similarities to my childhood experience and we have a long way to go towards achieving any degree of equality in Global Health. Our daily news/media is full of the development and administration of vaccines. How many doses will be available in the UK? How many millions has our wealthy government ordered? Who will get them first? I need hardly emphasise the point more, nationalism and a self-interested attitude for a truly Global Health crisis.

Have we eradicated polio yet or are children still dying from it? It took a further 20 years until the 1970’s when surveys showed the disease was also prevalent in poor countries. It was not until 1985 that Rotary International launched a global effort to immunise the world’s children against polio. In 1988 the Global Polio Eradication initiative was formed and at that point polio was still paralysing more than 1000 children worldwide every day. Fortunately, since then more than 2 ½ billion children have been immunised and 200 countries and 20 million volunteers have achieved this. Currently only Afghanistan and Pakistan have isolated cases. So, whilst everyone involved in the GPEI initiative is to be congratulated by us all, it has taken the whole of my lifetime to reach this point. The wealthy countries of the world could have achieved this much earlier if people in those countries really committed to Global Health.

Polio is, of course, just a single example of the many diseases where the wealthy countries of the world could much more rapidly improve the lives of those in the 145 low and middle-income countries (LMIC). Depending on how it is measured the UK is still the 6th largest economy in the world.

It is a sad fact that natural disasters, wars and global pandemics not unusually bring about great acts of kindness and notable improvements in medicine, engineering, and other aspects of life. Unfortunately it is also a sad reflection that these may take place in wealthy countries and not in the poorer countries of the world. Let us hope that the challenge of COVID-19 proves to be an exception over the next few years.

I have been fortunate to join the Exovent group of amazing engineers, medics, regulation experts and communication professionals since their formation in March 2020.

Acute respiratory disease, mainly pneumonias of various types, like COVID-19, have been killing millions of children and adults every year in poor countries since time immemorial and are still a major problem in wealthy countries. Antibiotics are not the complete answer. They do not kill viruses, fungi and resistant bacteria.

Chronic respiratory disease due to pollution, wood smoke and cigarettes is now killing even more. Obviously we need to prevent these problems but in the meantime an efficient, effective, low-cost respiratory support device, Exovent, has the potential to save millions of lives.

Please, please support us by donating at the link here 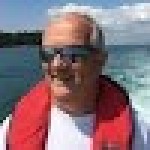